Hello friend! Today I’m going to talk paragraph structure, mostly as it applies to description, by doing something I haven’t done since college—close reading! I’ll examine V. E. Schwab’s A Darker Shade of Magic not only because it’s a gem of a book and you should read it and write a review on Conglomerate-That-Shall-Not-Be-Named, but because of the unique way Schwab ties sentences together—not just in the general sense of oh yeah writing *grunt grunt* but literally linking each individual sentence together with each individual other sentence in a way that blew my mind when I first encountered it. And made the stuff I was writing at the time look like daisy chains. Or, you know, separate, slightly wilted daisies.

This paragraphical rigor might well just be a component of “voice” or “style”– plenty of books do well even with paragraphs that go “He [verb]ed. He [verb]ed. And then he [verb]ed” (*hurk*)—but since Schwab’s prose has fascinated me for almost two years now, I’ll attempt to make sense of a few passages here. Consider this a tool for your toolbox, a spell for your grimoire, a new favorite knife for your already-bristling arsenal (sorry, I had to). Because I’m one of those feckin Enthusiasts who won’t leave magic well enough alone…

First off, may I present the opening paragraphs:

The first thing he did whenever he stepped out of one London and into another was take off the coat and turn it inside out once or twice (or even three times) until he found the side he needed. Not all of them were fashionable, but they each served a purpose. There were ones that blended in and ones that stood out, and one that served no purpose but of which he was just particularly fond.¹

There’s so much good stuff here—that killer first line! The rule of threes, four times over (can you spot them all?)! Focusing on a single character when introducing readers to a fantasy world with an unusual premise!—but for the sake of my word limit I’d like to draw your attention to the way each sentence starts. At risk of stating the obvious, the first begins with Kell, and ends with coat; the second begins with the coat, and ends with the impossibility of its multiple sides; number three begins—pause for a second—not with “Whenever he stepped out of one London…”, but “The first thing he did,” which is much more interesting. In other words, Kell isn’t the leading man of this third sentence (can you tell I’ve never taken a grammar class, ha ha)—instead it’s his action, his tendency. We get variety without clogging up the flow, and still absorb exactly the same information that we would have if the sentence began with “When he…” It’s just a matter of word order. Which is by no means a rule—obviously, there are times when centering the character works best—but in this context I think the diversity of sentence beginnings adds to rather than detracts from the whole. The overall effect of this opening is one of movement—from Kell to coat, coat to sides, sides to how he gets them to appear—much like my attention shifts from one thing to another more often than I actively think, “now I’m doing X. Now I’m doing Y. Now I’m doing Z.”

Skipping a bit ahead, we meet thief and aspiring pirate Delilah Bard as she’s settling into a rented room on a dilapidated ship:

The thrill of the night had gone cold with the walk to the docks, excitement burned to ash, and Lila found herself slouching into a chair. It protested as much as everything else on the ship, groaning roundly as she kicked her boots up onto the desk, the worn wooden surface of which was piled with maps, most rolled, but one spread and pinned in place by stones or stolen trinkets. It was her favorite one, that map, because none of the places on it were labeled. Surely, someone knew what kind of map it was, and where it led, but Lila didn’t. To her, it was a map to anywhere.²

Again, we get the satisfying linkage of sentence/clause beginnings and endings: “Lila…  slouching into a chair” segues neatly into the groaning of said chair, and then we follow her boots as she kicks them up to the desk, which is where we first encounter the maps. “Surely, someone knew…” provides a fresh change in subject (as opposed to “Lila didn’t know what kind of map it was”), and “To her” adds a touch of her interiority. In a less fortunate parallel universe, this description might have been approached with Lila walking into her cabin, looking around, and noting her creaky chair, her desk, and her maps, some pinned down by stolen trinkets, before sitting down with a dramatic sigh. Instead, we encounter each of these objects as she interacts with them, giving what could have been a mundane description of a cramped room a dynamic, cinematic feel.

Another thing to remember whether you’re writing in first-person, second-person, or third-person limited is that ninety-nine percent of the time a character’s perceptions and experiences are subjective within the world in which they exist. The passages above don’t simply describe what’s happening or how things work; even though Kell and Lila are “narrating” through third-person limited, they feel something about the worlds (yes, plural, it’s a long story, go read it 😉 ) they’re moving through. If you scroll back up, you’ll notice the last three sentences of Lila’s passage are actually pure “opinion,” or what I’ve heard called editorialization re: editorial columns in newspapers. Were I to film this scene, I could capture the creaky desk, Lila’s kicked-up boots, the trinkets pinning down the maps. But the fact that the blank map is her favorite, that she wonders where it leads, that she thinks someone out there knows, is completely inside her head. (Which is where actors and video editing come into play, but that wasn’t the point here so moving on.) If you read even the sample pages of A Darker Shade of Magic available on the website of Conglomerate-That-Shall-Not-Be-Named, you’ll notice there’s a rhythm to the way Schwab alternates more external, “objective” description with her characters’ interior dialogue/editorialization, which is another cool thing to look out for while you’re reading and writing.

Finally, I have very strong opinions about describing buildings in particular, and would like to share this third and final passage, which takes us into a bone palace ruled by twin blood-drinking magic psychopaths:

The throne room was just as sprawling and hollow as the rest of the castle, but it was circular and made from brilliant white stone, from the rounded walls and the arching ribs of the ceiling to the glittering floors and the twin thrones on the raised platform in the center. Kell shivered, despite the fact the room wasn’t cold. It only looked like ice.³

As a former architecture major, I know there is only one pertinent question to ask about a building: is it seductive? The description of this throne room answers that question with a resounding yes. Friendly, no, but it’s sexy af. With a few quick, broad strokes, we get the essence of the room, the power it’s meant to convey, and, in a couple quick lines of editorialization, how it makes the main character feel (actually I lied–how does it make you feel? is the other important question you need to answer, setting aside for a moment the fact that arousal is also a feeling), and we can move on to the dialogue and action taking place within the room. Personally, I don’t need to know that there’s a wing that descends into a claustrophobic passage that veers off into a garden, which turns left toward a pond that ends in a cliff. My brain does not want to work that hard, and furthermore, it doesn’t really care, even if a character is going to run through all those twists and turns later in the scene. We can see that convoluted geography as the character interacts with it.4 In stranger worlds, simplicity can be your most powerful weapon.

In conclusion: not to fangirl, but the techniques I’ve learned from marinating in Shades of Magic have radically changed the way I write. The process feels more like a puzzle these days—playing around with transitions and objects being subjects and the occasional passive voice, checking to make sure enough of my characters’ thoughts have been baked into the sexy architecture (kidding, it’s just a bunch of fugly skyscrapers and smog, hmm wonder where that came from), the near-audible click when everything finally slides into place—and I hope some of my thoughts will be helpful to you as well.

Now go and make magic. Because, if you’ll excuse my Arnesian, you are not a feckin Enthusiast.

Action items: Choose any book and take a look at a paragraph of description. How do its sentences begin and end? In what ways is the world filtered through the main character’s perceptions?

(Also, for more breathtaking descriptions, I recommend In the Night Garden and Deathless by Catherynne Valente, The Song of Achilles by Madeline Miller, and In the Woods and The Likeness by Tana French 🙂 ) 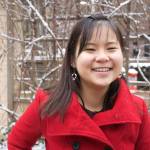 Phoebe Low is an assistant at InkWell Management, admittee to Viable Paradise 23, and proud mentor for Author Mentor Match (#TeamSkyHigh ftw). When she’s not ogling shibes in strollers or screaming about Patrochilles/Kanej, she writes about revenge, murder children, and trees. She has been/will be published in Mithila Review, Filament Magazine and Red Cedar Review.

View all posts by BYOM